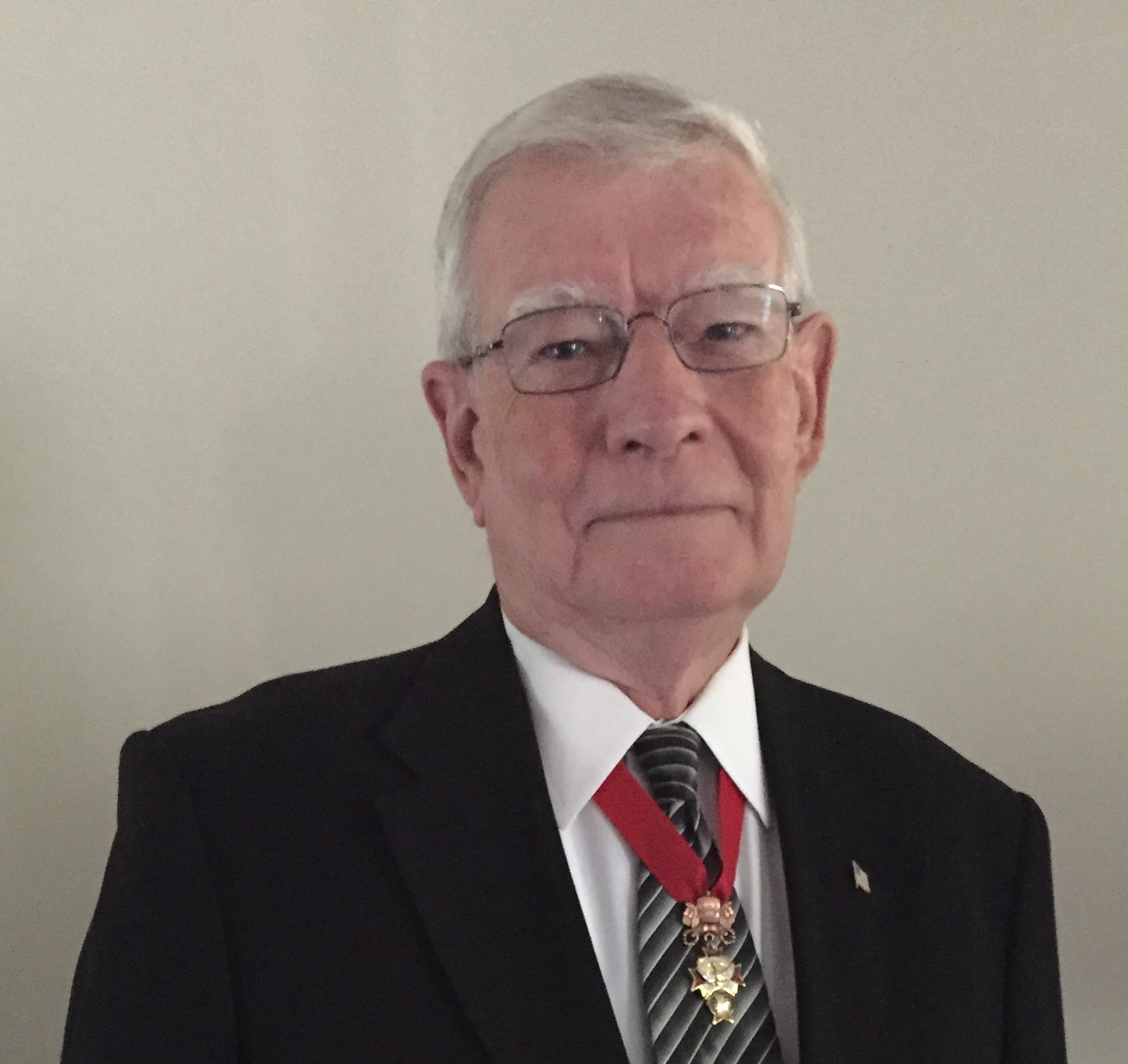 Joe took his First Degree and immediately became an active member of Father Peter Paul Maher Council #6793 in January 1992. After serving on several committees and as Recorder for two years, he was elected Grand Knight in 1997.

He was elected to a second term as Grand Knight to reinforce a spirit of focus, training, direction and achievement. Joe and his family have been chosen to receive multiple awards recognizing contributions to the success of the council.

Joe became a Fourth Degree Knight in 2004 with the institution of the Sullivan Brothers Assembly #2861. He was appointed the Charter Admiral and was elected Faithful Navigator in 2008.

As Navigator he introduced several ideas designed to encourage higher levels of participation in assembly activities.
.
Joe recognized the significance of a neighboring community’s contribution to the history of the United States of America. Brookeville, Maryland, located within the Assembly territory, was the Capital of the United States on August 24, 1814 when the British forces burned Washington and the Cabinet retreated to this rural community.

Under his leadership, the Assembly, with the input of local and State officials celebrated that day with patriotic readings, a presentation of the Fourth Degree Color Corps Honor Guard, and a proclamation from the Governor of Maryland.

He was appointed VCCC in 2013 and since has been a select member of the AWD Color Corps Honor Guard at the annual Red Mass, White Mass, ordination Masses, dedications, Papal Mass, numerous events on EWTN. He was also selected as Color Corps Commander of the Year in 2015 and 2016 , served 2 years as District Marshal one year as Provincial Marshal and now as District Master.

Professionally: after 12 years of Catholic education, Joe was the first person in his family to earn a college degree, a BS in Accounting from the University of Maryland. He advanced from a part-time food clerk to manage the buying, pricing, and advertising departments of the Richmond Division of Safeway Stores, Inc.

From there he was hired as Director of Marketing of Canada Dry Potomac Corporation, a multi-million-dollar component of an international beverage corporation.

After a 30- year career in sales and marketing, he founded his own company dedicated to raising funds for non- profit organizations. Using the skills and contacts from his previous assignments, Joe was able to focus on fundraising opportunities at the local, national, and international levels.

On a personal level, Joe resides in Olney Maryland with his wife Lynn of 50 years. They enjoy their three daughters and wonderful sons-in-law and adorable six grandchildren. He is a former Pastoral Council and Finance Council Chairman.

He is a current member of the Board of Directors of the National Christopher Columbus Association whose mission is to foster a deeper respect, understanding and appreciation for the achievements of our namesake and how his accomplishments produced a positive influence on the history of our nation.

His motto “Our Father, Our Faith, Our Flag” is intended to draw all members and families, present and future, giving emphasis to each element to the best of our combined resources.

“One Nation under God” is more than a phrase. Each member of the Knights, regardless of degree, should be aware that we as Knights” are constantly observed, our faith judged and our Order appreciated”.