Two Assemblies from the Archdiocese of Washington District were recently presented with the prestigious Civic Award from the Supreme Council and the Supreme Assembly.  Congratulations from Vice Supreme Master Richie Head were sent as District Master John Winfrey presented the awards to Fr. John T. Dewan Assembly #3047 and James Cardinal Hickey Prince of the Church Assembly #2534 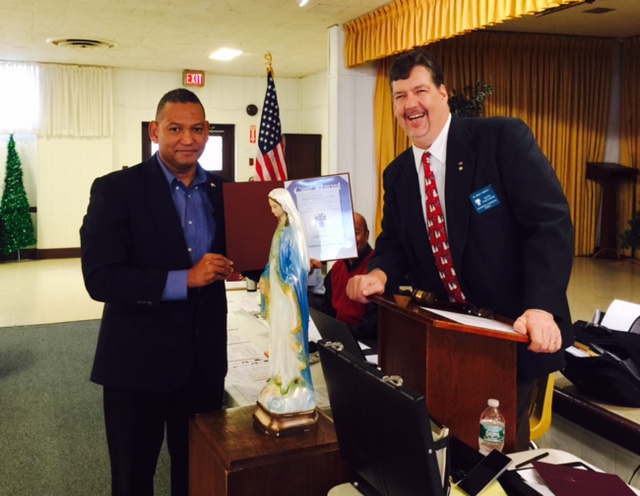 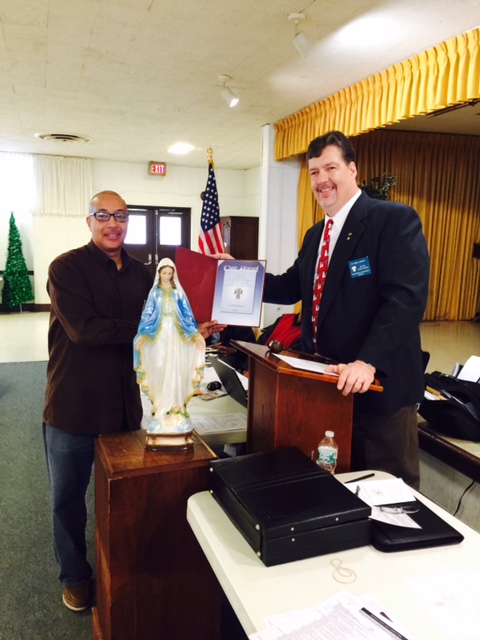 The Civic Award is presented annually as a tribute to the spirit of patriotism and national pride exemplified in the patriotic activities conducted by Fourth Degree assemblies. Assemblies conducting a minimum of four different patriotic programs during the fraternal year are eligible for the Supreme Council Civic Award.

All assemblies are encouraged to achieve Civic Award status each and every fraternal year.