Announcement of Honorees for 2015 Exemplifications

It has been announced by the Master of the 4th degree of the Archdiocese of Washington 4th Degree District, SK John Winfrey, that the Honorees for the 2015 District Exemplifications have been named.  "I hope that you share my excitement with the great news of the acceptance by our Honorees. I cannot think of any more deserving men to provide an example of true Catholicism and fraternity to all of us," said Winfrey. "Please join me is congratulating and thanking the Honorees of the 2015 Exemplifications."

The Honoree for the Priest and Special Needs Exemplification on March 21, 2015 is SK Rev. Msgr. Joaquín Bazán.

Msgr. Rossi is a long time friend and advocate for the Knights of Columbus. He may be best known to Knights across the Country and our Archdiocese from his service as Rector of the Basilica of the National Shrine of the Immaculate Conception in Washington, DC. 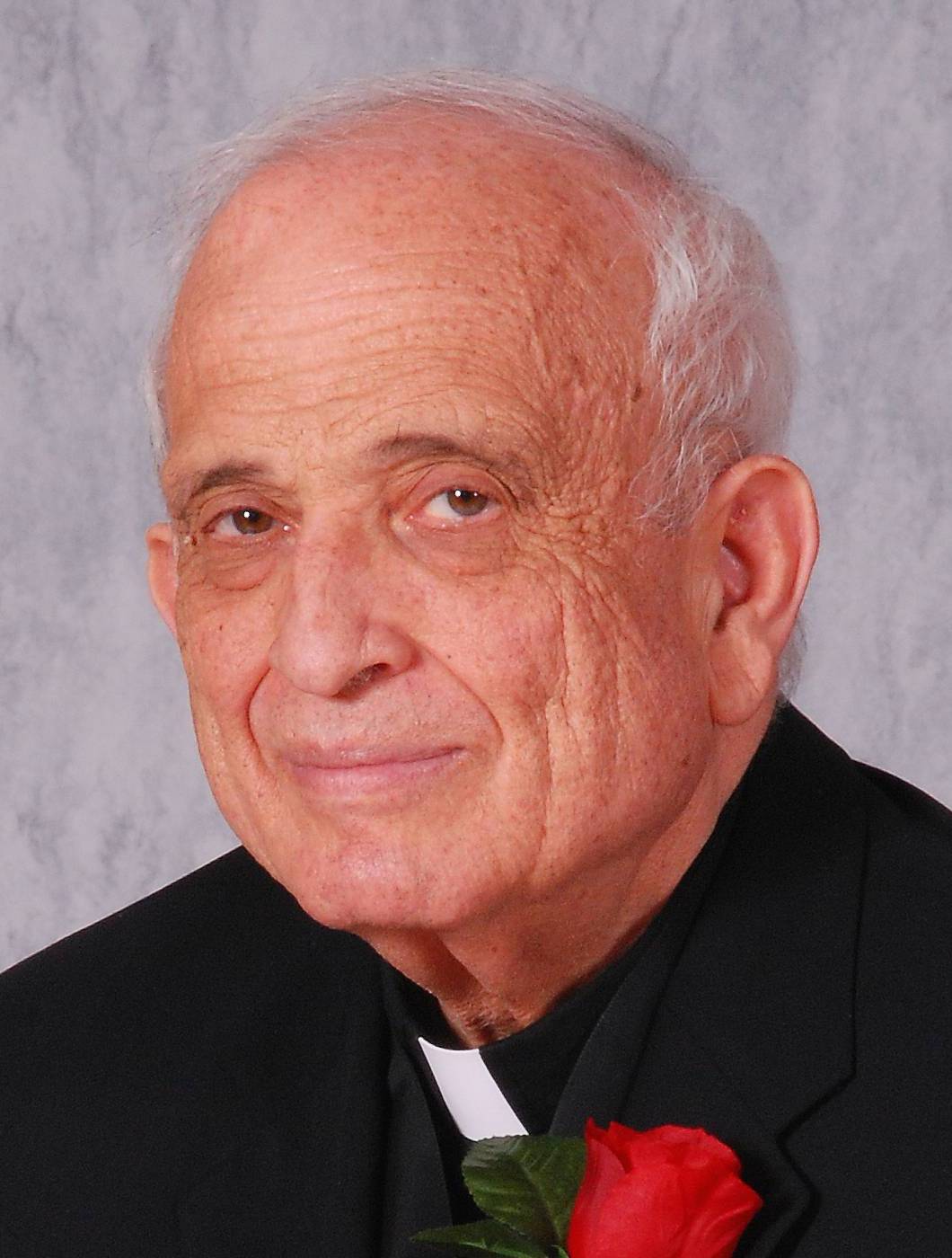 Born to Joaquin and Justina Romero Bazan on April 10th, 1937, Monsignor Bazán was born the first of six children at the Old Providence Hospital in Washington, DC. Baptised at Saint Peter’s Church on Capitol Hill in 1937, he was Ordained a priest of the Archdiocese of Washington on May 26th, 1962, at Saint Matthew’s Cathedral.

Monsignor Bazán served as a Parochial Vicar at St. Camillus in Silver Spring, Our Lady of Sorrows in Takoma Park, and Holy Cross in Garrett Park. He later served as Pastor at Shrine of the Sacred Heart in Washington, St. John Baptist de la Salle Parish in Chillum, and finally St. Francis Xavier Parish in Washington.  Saint John Paul II elevated him as a Monsignor on August 11th, 1984.  From 1995 until his retirement in 2001, Msgr. Bazan ministered in New Mexico, serving at several Albuquerque parishes. As a retired priest, he has served at the Jeanne Jugan Residence of the Little Sisters of the Poor.

Monsignor Bazán served for six years with the Human Relations Commission of Montgomery County and served with the Alpha Club, which operates halfway houses for alcoholics, for more than eight years. In 1987, the National American Red Cross honored him for having donated 17 gallons of blood over his lifetime. In 1990, Associated Catholic Charities honored him with the Caritas medal. In 1995, the United Way of the National Capital area presented him with an award for his service to that organization.

Monsignor Bazán Became a Knight of Columbus in November, 1962 (a 52 year member) and became a Fourth Degree Knight on February 1, 1987.  He became Chaplain of Prince George's Council #2809 in College Park, MD on July 1st, 1970 where he still serves as Chaplain today.  He has also been Chaplain of Holy Family Council #5547 in Silver Spring, MD.  Monsignor Bazán is the current Faithful Friar of Archbishop Michael J. Curley Assembly #383 and serves as an Associate District Friar for the Archdiocese of Washington 4th Degree District. 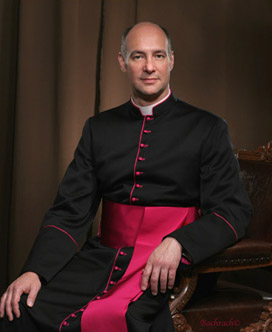 Walter R. Rossi, a native of Dunmore, Pennsylvania and the oldest of five children born to Robert and Loretta Rossi, earned a Bachelor of Science degree in accounting from the University of Scranton, Pennsylvania and a Master of Divinity degree from Saint Joseph's College and Seminary, Yonkers, New York.

Ordained in 1987 for the Diocese of Scranton, Father Rossi served as a Parochial Vicar and religion instructor before pursuing graduate studies in Canon Law at The Catholic University of America, where he earned his Licentiate degree.

In 1997, he began an eight-year term as Associate Rector and Director of Pilgrimages at the Basilica of the National Shrine of the Immaculate Conception, Washington, D.C. In 2004, Pope John Paul II named him a Chaplain to His Holiness; in 2005, Monsignor Rossi was appointed the 2nd Rector (11th Director) of the Basilica of the National Shrine. His first official task as rector was the dedication of the Oratory of Our Lady of Altötting (Bavaria) on April 16, the 78th birthday of then Cardinal Ratzinger. Three years later to the day, Monsignor. Rossi welcomed Pope Benedict XVI to the Basilica.

In addition to the papal visit, Monsignor Rossi has hosted several "firsts" in Shrine history, among them the exhibit and concert by the Russian Orthodox Church, broadcast live on EWTN and later in Moscow and the unveiling of the commemorative stamp by the United States Post Office honoring Mother Teresa of Calcutta on the 100th anniversary of her birth. Under his supervision the National Shrine has completed several new construction projects, including two mosaic domes, four new chapels, a new archive, three oratories, new statuary, new mosaics, the installation of sculptures in relief and a state of the art Television Broadcast and Production Room.

Monsignor Rossi is past president of the National Association of Shrine and Pilgrimage Apostolate and serves on the Board of Trustees of The Catholic University of America. He is a member of the Canon Law Society of America, UNICO National, a Knight of Columbus, Fourth Degree, and a Knight of the Equestrian Order of the Holy Sepulchre of Jerusalem.