So here's a recap of participation and some photos:

The Worthy Master participated: "I was there with one of my council brothers." 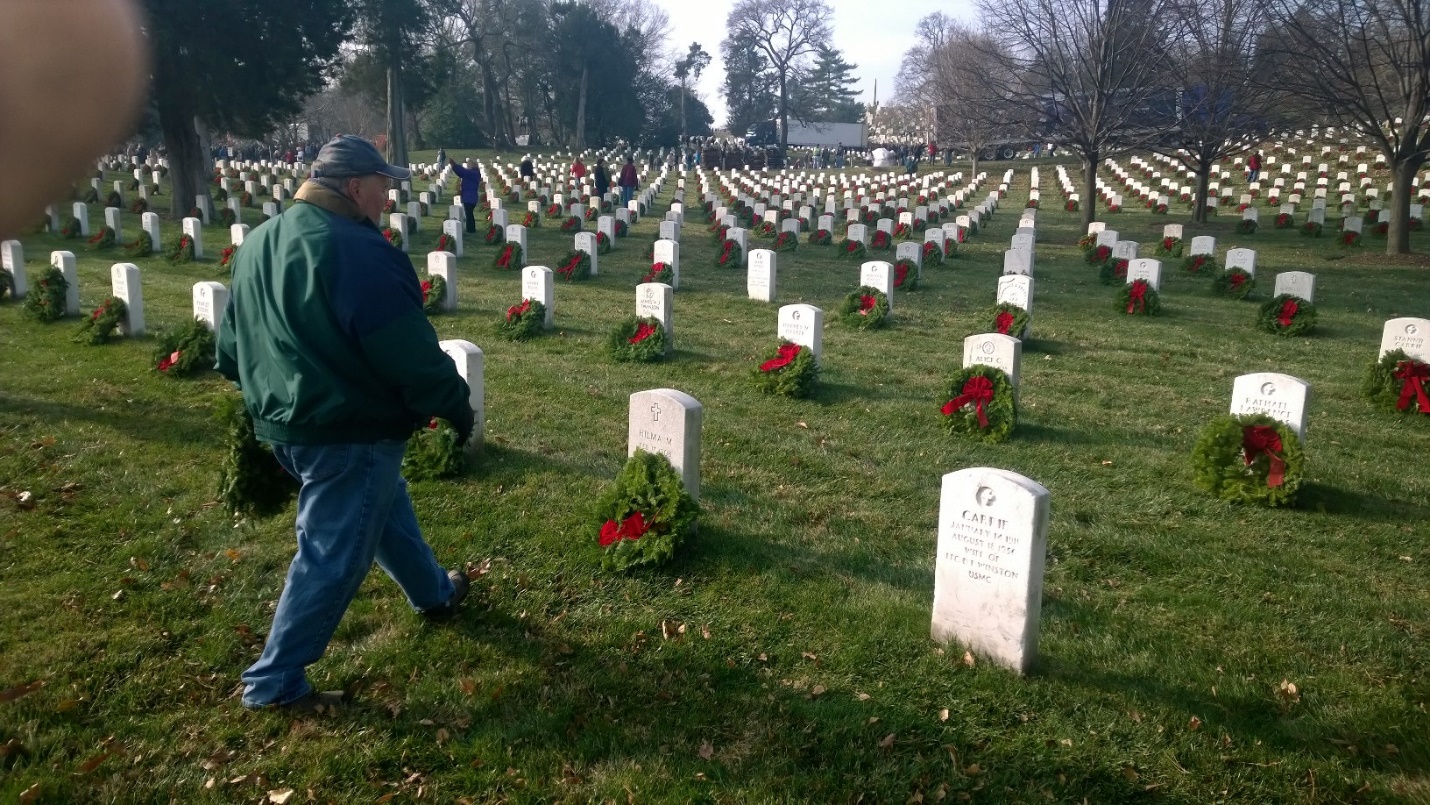 We were joined by a group of Vietnamese Eucharistic Youth in Arlington (approximately 30 youth and 10 leaders), coordinated by Le Nguyen, Vice Color Corps Commander for James Cardinal Hickey Prince of the Church Assembly and Supreme Council Vietnamese Liaison and State Council Director, District of Columbia. They were pleased that they were able to participate, enjoyed it very much, and did their apostolic works!

The Secretary to the Master was there with family (at Father-in-Law and Mother-in-Law's grave): 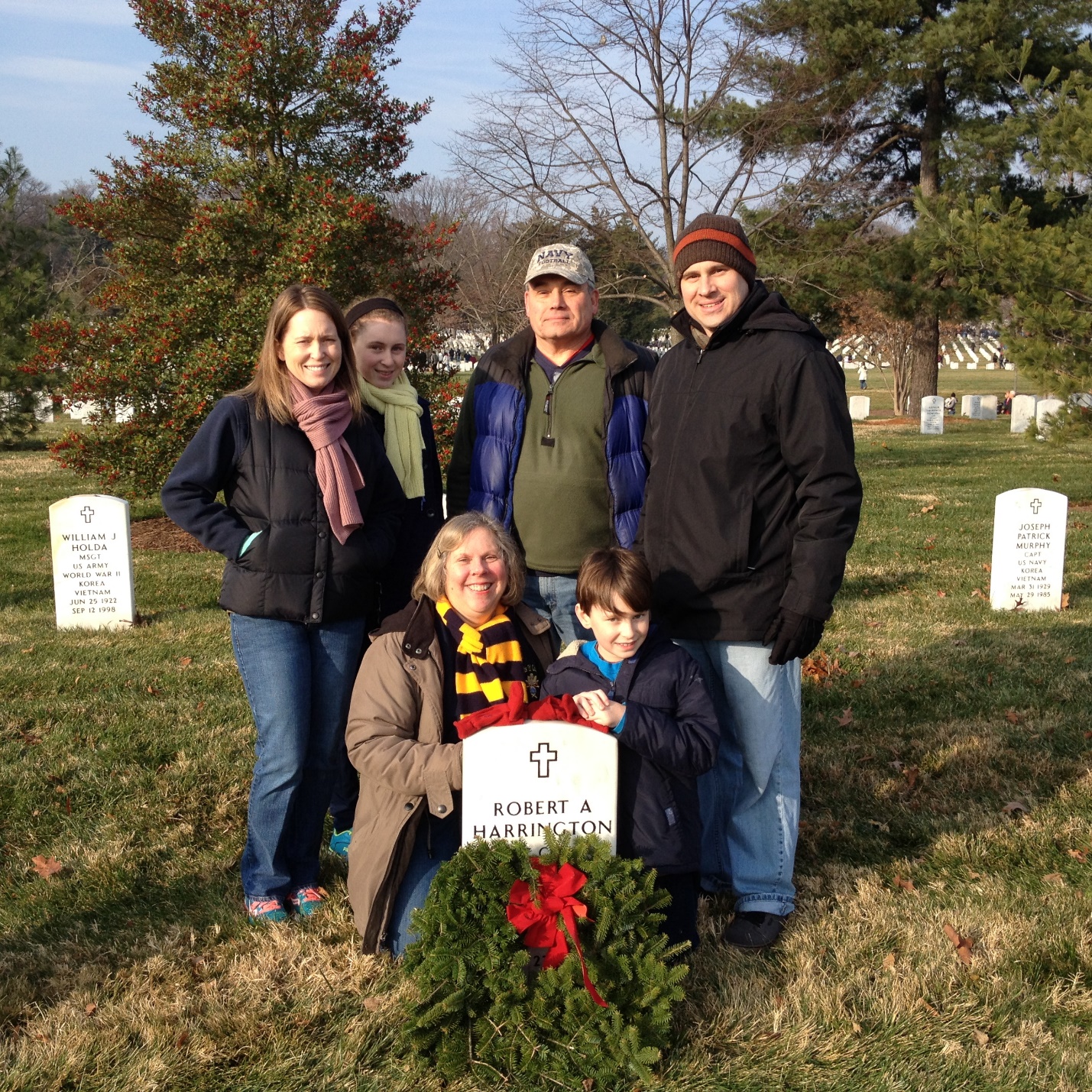 The Worthy Faithful Navigator from Lord Baltimore Assembly participated. Also, our Worthy District Patriotic Support Chairman: "I was there.  I saw a lot of K of C hats. No one that I know. I also went to an old Black grave yard here in Prince Frederick. There are two (2) graves of 9th Cal. members that died in 1894. I put a wrath on each one (1)."

The Worthy Faithful Captain from Saint John N. Neumann Assembly participated: "When I got to Arlington I went straight to the section where my relative was buried. I met Fritz (Worthy Provincial Marshal) and Eleanor Leach at thetruck."

The Cardinal Patrick A. O'Boyle Assembly was well represented! The Worthy Faithful Navigator wrote: "O'Boyle came in three cars total 15 people including PFN George Carter. Family.
We were able to park in the handicapped section having three veterans with disabilities. Geoge, Wayne, and Tony.
It was a great event." 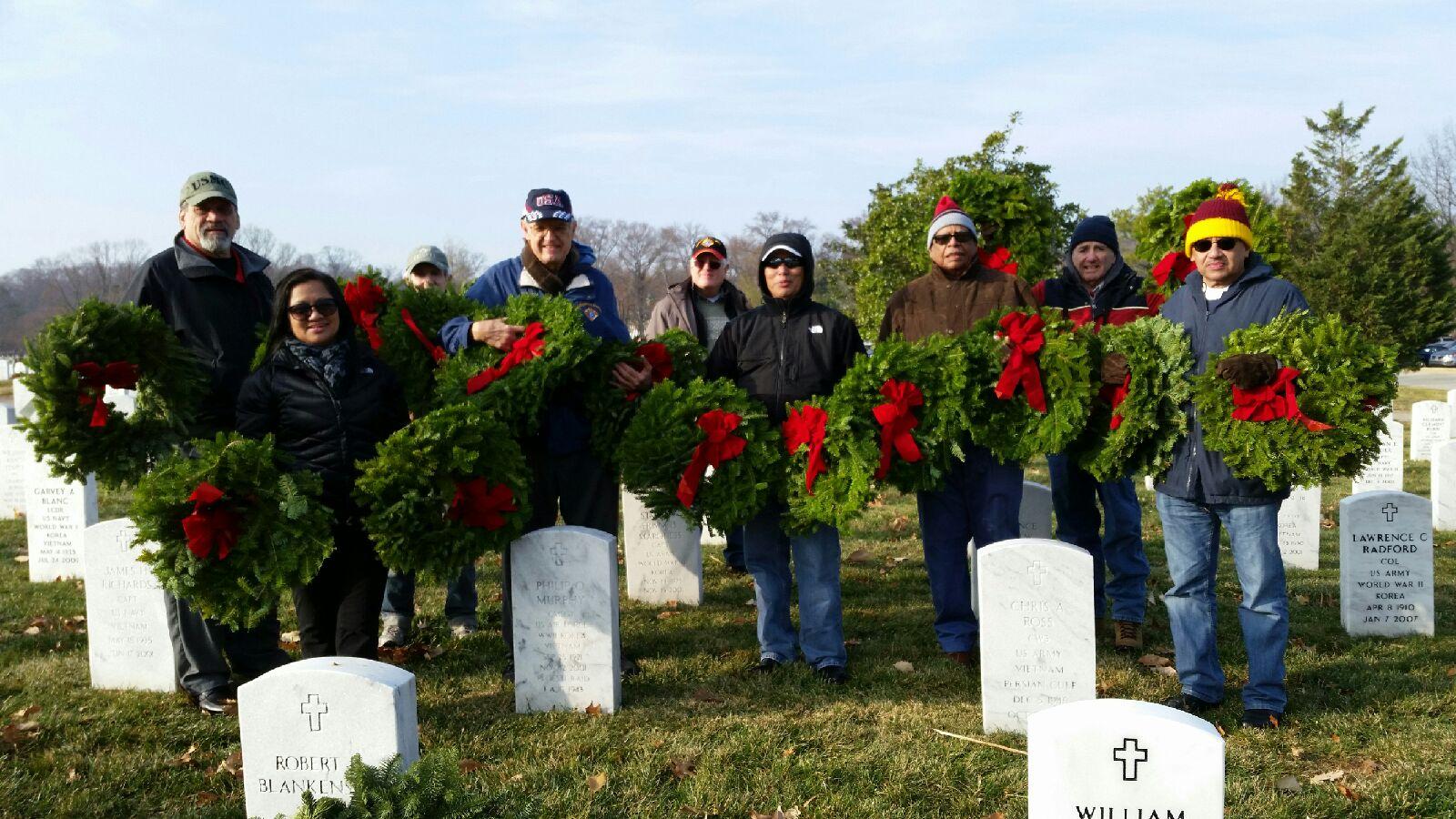 The Worthy Faithful Pilot from Father Andrew White Assembly send word of their participation: "We met at the agreed to meeting location then joined the activities. From our Assembly, there was SW Chris Powers and Annie, Tom Chayka, FN Tom Santangelo and myself. I was impressed with turnout of people and look forward to participating next year." 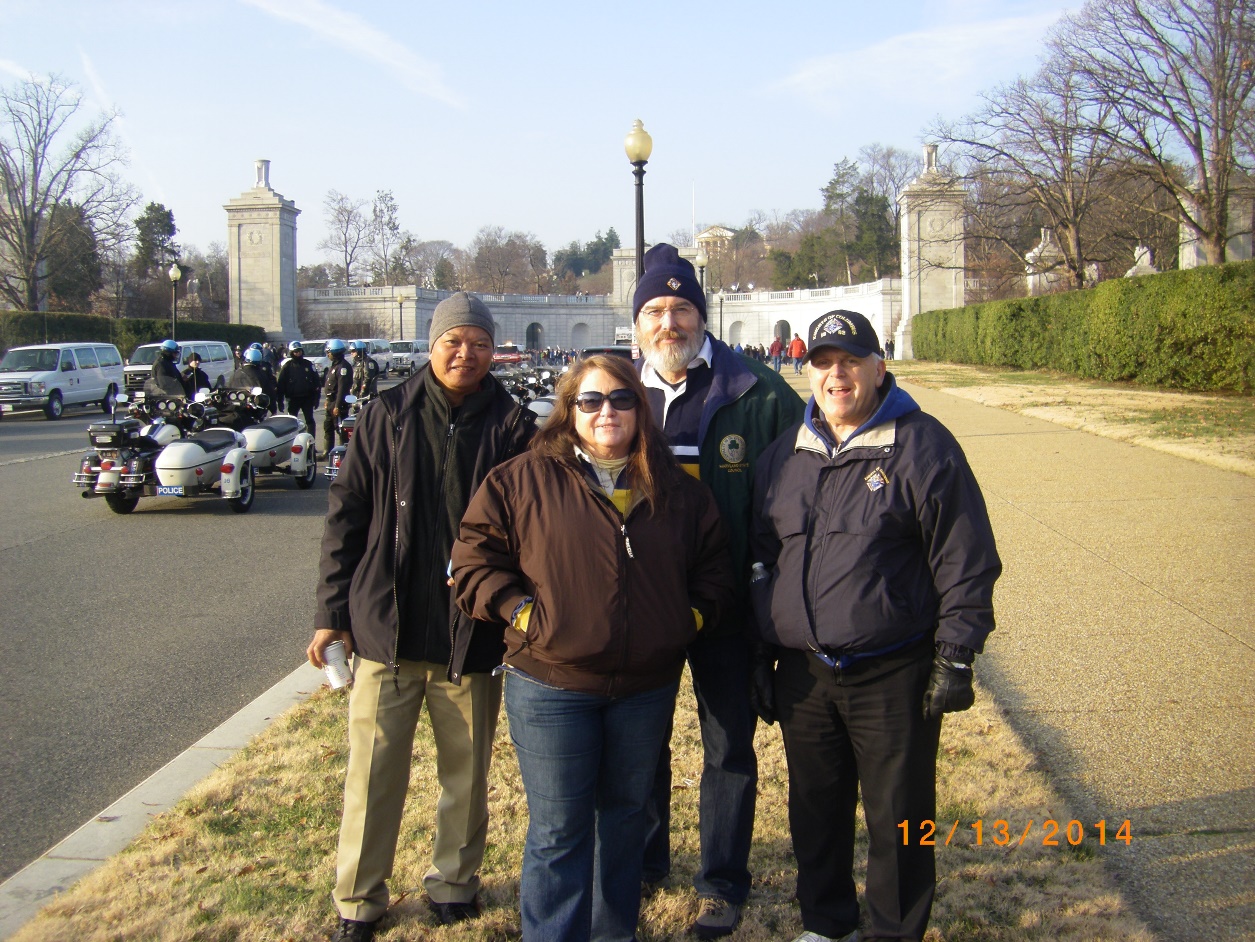 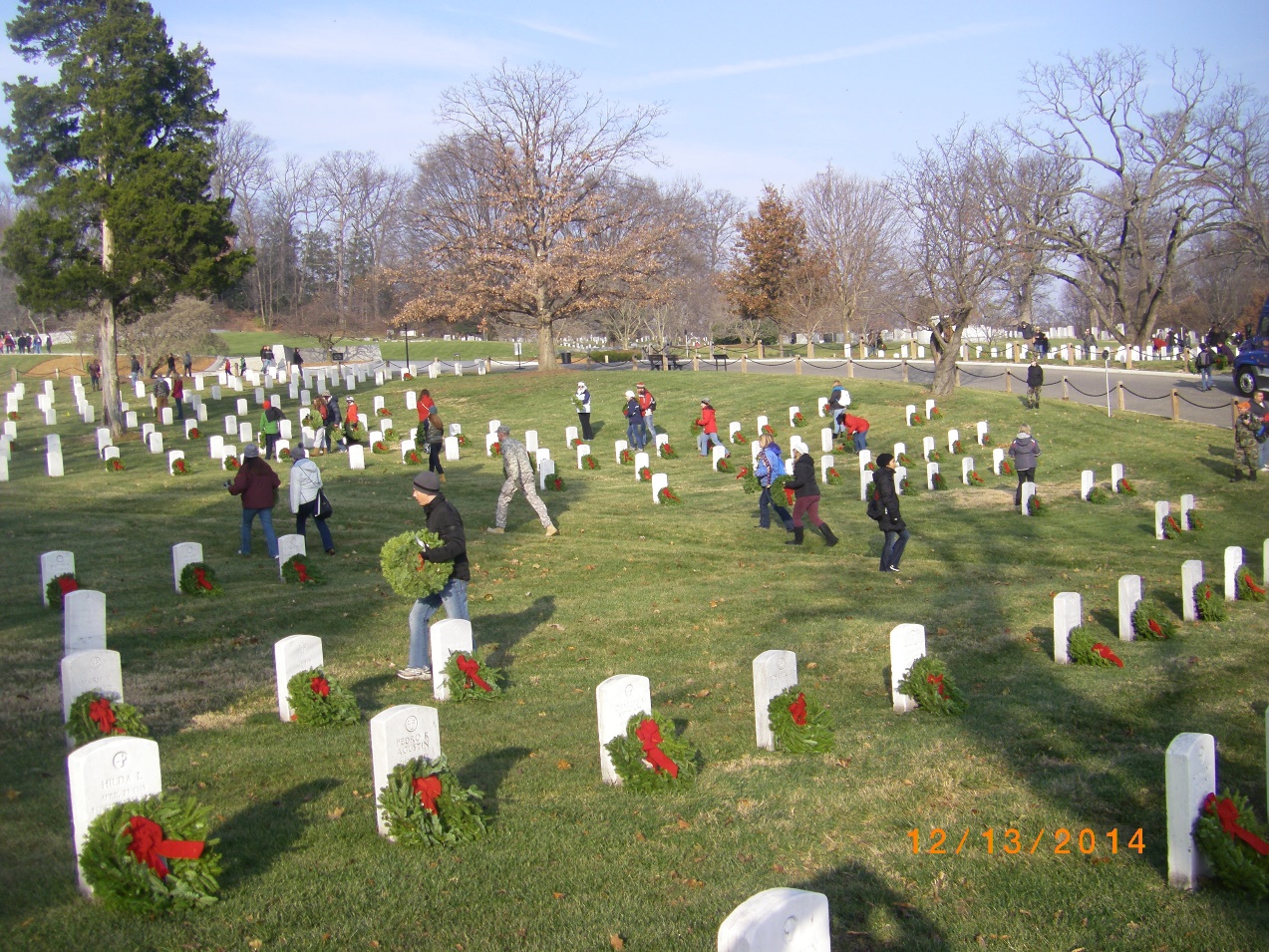 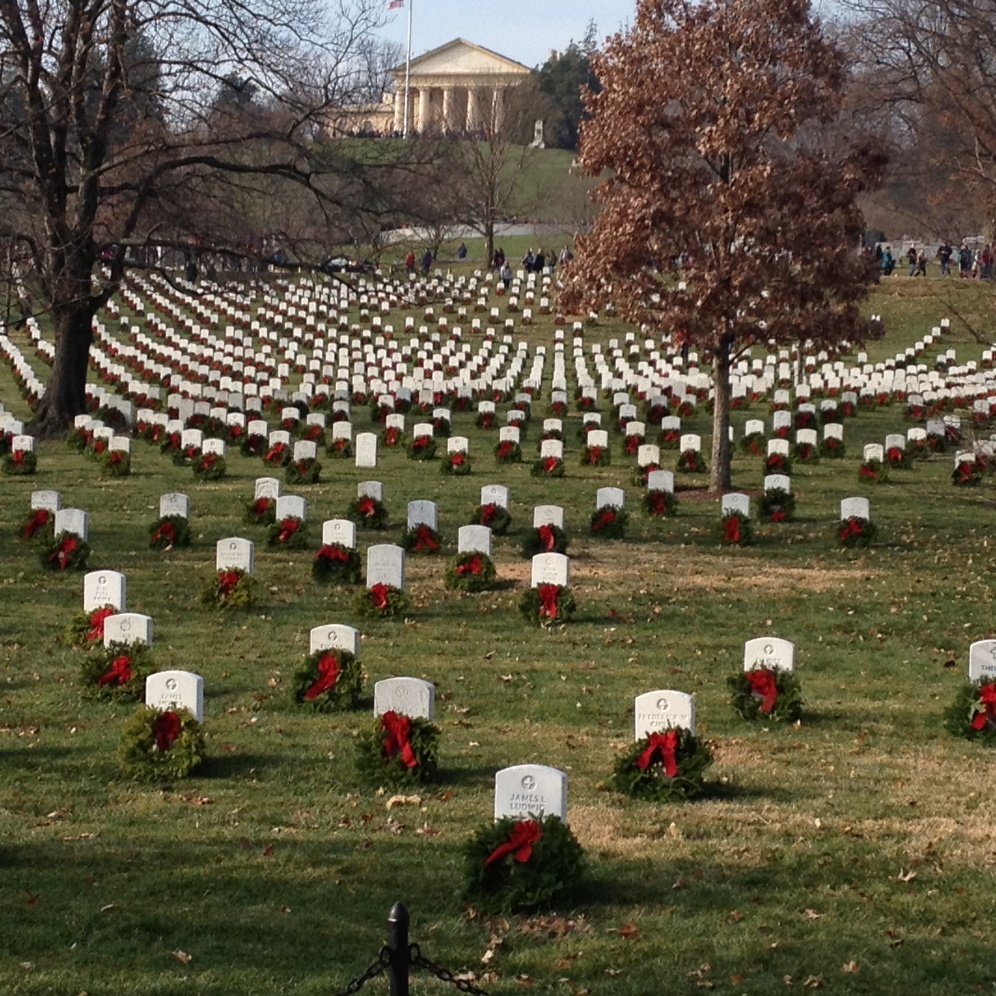 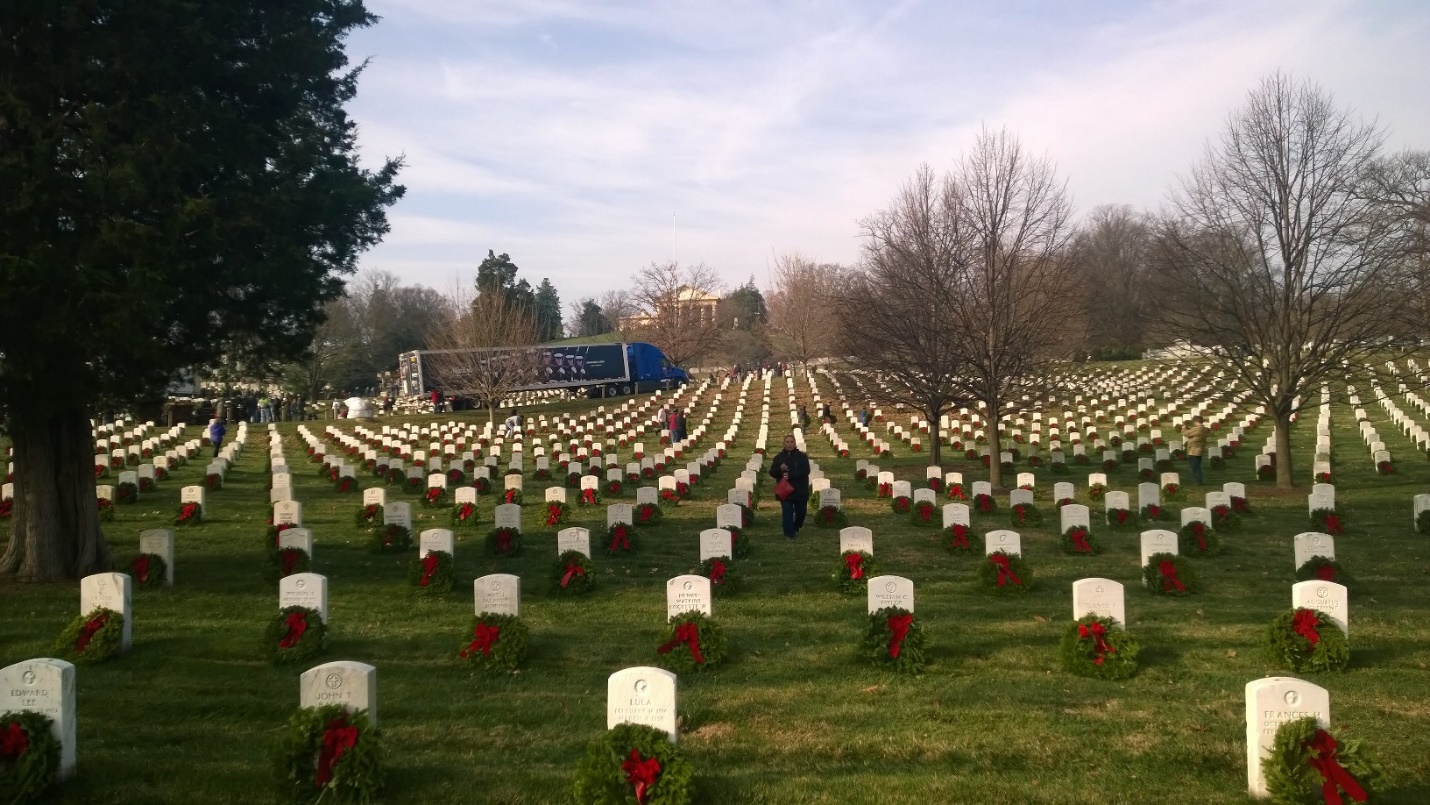 See all of you and more here next year!