It has been announced by the Master of the Archdiocese of Washington 4th Degree District, SK Col. Micheal Thumm (USMC-Ret), that the Honoree for the 51st District Exemplification of the Patriotic Degree of the Knights of Columbus has been named.

Archdiocese of Washington DC Auxilary Bishop Mario Eduardo Dorsonville-Rodriguez will be the honoree at the Patriotic Degree that will be held on Saturday, April 6, 2019.  Further information about this exemplification can be found here.  A biography of Bishop Dorsonville may be found below. 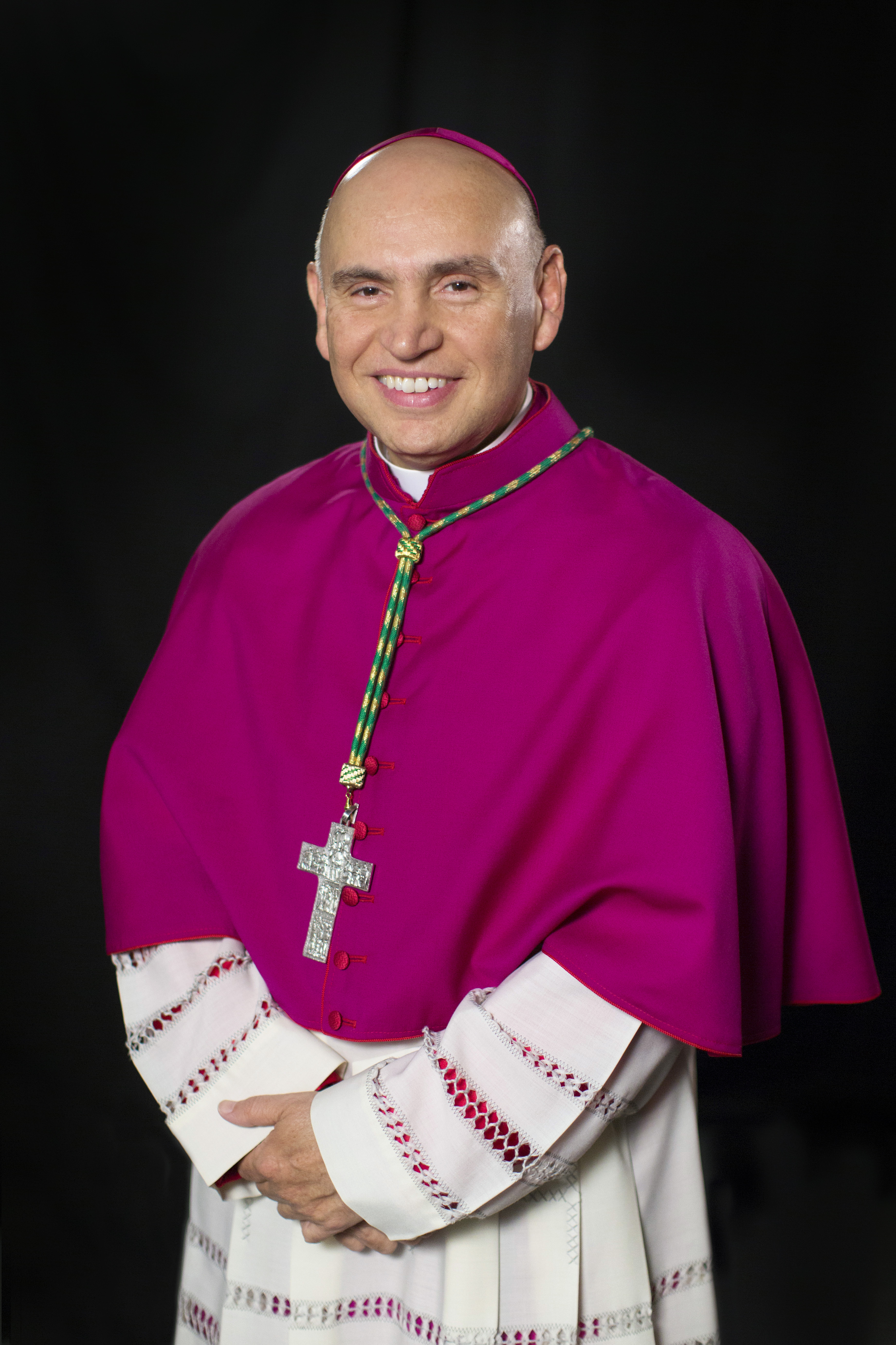 Mario Eduardo Dorsonville-Rodríguez was born October 31, 1960 in Bogotá, Colombia, the only child of Leonor M. Rodríguez and the late Carlos J. Dorsonville. He attended the major seminary of the Archdiocese of Bogotá, receiving a bachelor’s

He received a licentiate in sacred theology from the Pontificia Universidad Javeriana de Bogotá in 1991 and a doctorate in ministry from The Catholic University of America in 1995. From 1992-1994, he served as parochial vicar of Good Shepherd and Christ the Redeemer Parishes in Arlington, Virginia, and as a lecturer at the Inter-American Development Bank in Washington. He served as a professor at the Hispanic Apostolate of Arlington from 1993-1994. He returned to Colombia to serve as chaplain and professor of ethics to the National University of Colombia and professor of pastoral counseling and catechesis at the major seminary of the Archdiocese of Bogotá from 1995-1996.

He served as parochial vicar of St. Joseph Parish in Arlington (1996), Our Lady of Lourdes Parish in Bethesda, Maryland (1997-2004) and St. Mark the Evangelist Parish in Hyattsville, Maryland (2004-2005). He has served as vice president for mission of Catholic Charities of Washington and director of the Spanish Catholic Center since 2005 and as adjunct spiritual director for St. John Paul II Seminary in Washington since 2011.