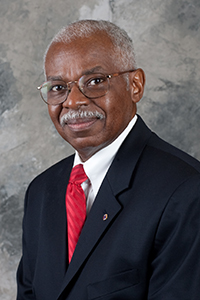 Former Supreme Warden SK George W. Hanna, FSW, PSD, FDD, FM, PGK, PFN will be the honoree for the Archdiocese of Washington District 48th Exemplification of the Patriotic DegreeIt has been announced by the Master of the Archdiocese of Washington 4th Degree District, SK Col. Micheal Thumm (USMC-Ret), that the Honoree for the 48th District Exemplification of the Patriotic Degree of the Knights of Columbus has been named.

Former Supreme Warden, Past State Deputy of the District of Columbia, and Former Master of the Archdiocese of Washington District, SK George W. Hanna will be the Honoree at the October 28th Exemplification. SK Hanna will be recognized for his accomplishments most recently as Supreme Warden, and as President of the DC Knights Charities, which raised enough money to recently donate 116 wheelchairs to the DC VA Medical Center to greatly assist our veterans. Sir Knights of the Archdiocese of Washington Districct are kindly asked to join the Master and Former Supreme Warden Hanna at the 48th Exemplification which will take place at Nativity Church in Washinton, DC. Registration for the exemplification and lunchon may be made online.

SK Hanna George W. Hanna has served the Knights of Columbus with distinction since joining the Order in 1981 and has held various council and assembly positions including Faithful Navigator of Washington Assembly #151, Grand Knight of Bishop Patrick Byrne Council #3877, District Master of the Archdiocese of Washington Fourth Degree District from 1996-2000, District Deputy in the District of Columbia, State Deputy of the District of Columbia from 1993-1995; and is a current member of St. Thomas Moore Council 11578 and James Cardinal Hickey Prince of the Church Assembly #2534 in Washington, DC

After 25 years of employment with the U.S. Postal Service, George W. Hanna joined the Knights of Columbus Supreme Office staff first as a Regional Program Consultant from 2000 -2004, then as the Director, Vice President, and then Senior Vice President of Fraternal Services, and was elected Supreme Warden by the Board of Directors on November 2, 2012.

George and his wife Yvonne are the proud parents of three grown children.