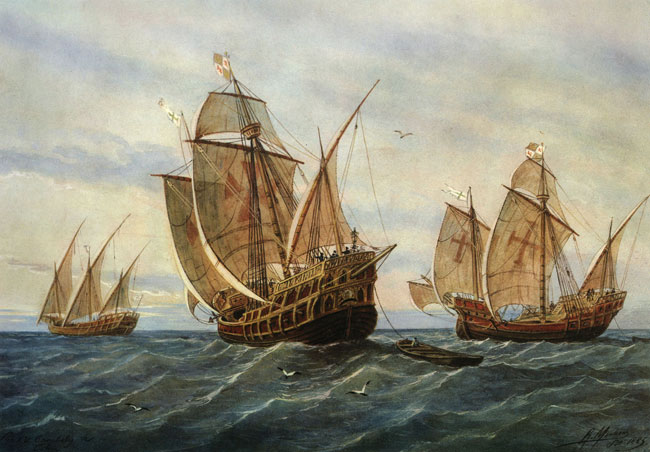 This article is an "apology" for Columbus Day in both senses of the word. "Apology" is a contronym, a word that has two directly opposite meanings. We often mean apology as a regretful acknowledgment of an offense or failure. It is also a reasoned argument or defense of a cause or Church doctrine. As Columbus Day approaches we had best be prepared to do a combination of both.

We can apologize first and foremost that the "Columbian encounter" did not fare well for the Native Americans. There was an exchange of diseases for example. The New World gave the Old World the "gift" of syphilis while the explorers gave the natives exposure to a host of European diseases. A sad fact: there are no "Carib" Indians alive today in the Caribbean. Nature and disease happens – I cannot apologize for that.

Did Columbus "discover" America? No. Expect to make apologies when reminded that the Norse under Leif Ericson discovered Iceland, Greenland and "Vinland", presumably Newfoundland. Some may suggest that the ancient Phoenicians sailed across the Atlantic in 1600 BC. Fair enough. Others theorize that the Portuguese and Chinese (!) explored the Americas in the 1420s.

The Knights of Columbus took Christopher Columbus as their patron because he showed the importance of a Catholic, "one of their own", in American history. There is much more to the story – the true apology - than that. Look at the Knights of Columbus flag and check for the green cross. This was the emblem emblazoned on the sails of the Santa Maria.

Christopher "the Christ-Bearer" Columbus landed at "Our Savior" San Salvador on October 12, 1492. From that moment on, Christianity and specifically Roman Catholicism took root in the Americas. From Mexico to the tip of South America the land is solidly Roman Catholic. In the United States and Canada the influx of Spanish, French, Swedish, Dutch and English explorers made for a Protestant/Catholic Christian mix, with Catholics outnumbering any particular Protestant sect.

This year, just over 1,510 years after Roman Catholicism took root in the New World, the story has come full-circle. From Buenos Aires we have seen the first South American become Pope. With the papacy of Francis I, the world is rediscovering Roman Catholicism in an exciting and positive light.

Remember this Columbus Day and every day that it is not our place to apologize the problems of the past, but to be apologists for our Catholic faith.